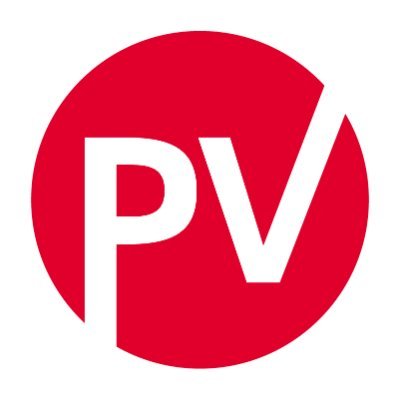 Using awareness and access to address inequalities in women’s health.

We recently caught up with Brent Ragans, president of Ferring Pharmaceuticals U.S., an independent specialty biopharmaceutical company, that’s been in the news for its efforts to improve gender, health and racial inequalities in women’s health through a grant program.

Funding for women’s health research is difficult to secure, putting the need for such grant programs at a premium.

Even though women are the majority of the U.S. population, make up nearly 50% of the workforce, control 60% of personal wealth, are responsible for 85% of consumer spending, and make 80% of healthcare decisions, they are “woefully ignored” in the research space.

Ferring’s program has committed more than $3 million to 17 projects in reproductive medicine and maternal health in nine countries. The program aligns with Ferring’s #ProjectFamily Commitment, which supports everyone’s right to build families of every shape and size.

According to Ragans, many inequalities and disparities in reproductive medicine and maternal health currently go unaddressed, due to a lack of dedicated research and investment.

The program comprehensively addresses the scope of this issue by funding innovative research proposals in epidemiology as well as basic, clinical, translational and social sciences. The grant program will develop programs, services, and treatments to address unmet needs in reproductive medicine and maternal health in Australia, Brazil, Canada, Denmark, Ethiopia, South Sudan, Uganda, the United Kingdom and the U.S.

Women’s Health Access Matters (WHAM), a group focused on closing the gender gap in medical research to prevent, diagnose, and treat diseases in women, has sponsored numerous women’s health research projects and has found that the potential gains from women-focused research are substantial, given the limitations in knowledge about disease development, and the impacts for women relative to men.

“The return on investment is higher for most scenarios in which research funding impact is assumed to be higher for women than men,” according to WHAM research conducted by RAND Corporation. “Research investment yields benefits for all people, but the specific emphasis on women’s health can result in downstream socioeconomic benefits that improve on general research.”

Ragans notes that the fallout of the pandemic has put a spotlight on healthcare disparities between gender, race, and socioeconomic status, and that awareness is a step forward.

“The disparities are not new, but they were really exposed during this pandemic, so I am hopeful that it serves as a catalyst to accelerate more equity in healthcare in general,.” he says.

Over the coming years he expects to see more research with specific subpopulations, including women, and a move toward making access to affordable care available to everyone.

And as women’s health companies like Ferring and groups like WHAM work to move the needle, Ragans says funding for women’s health is only going to get tighter in the future.

“Funding overall is going to be a little choppier than it’s been in the last few years,” he says. “Funding follows innovation, innovation needs funding. It’s a vicious cycle.”

For this reason, programs that support the research are so important. Two of the research studies funded by Ferring’s program include a forensic analysis of stone age human fertility to better understand why modern-day sperm counts are falling, and a project to support a safer labor and delivery experience for women in rural Ethiopia by providing trained midwives and solar power kits.

Ferring’s mission is to expand access and awareness globally, but some of the lowest levels of both are right here in the U.S. backyard.

“From a reproductive medicine standpoint, the U.S. has one of the lowest, if not the lowest, percentage of women who actually receive reproductive health services of any developed country in the entire world,” he says.

As a result, Ferring has set a multi-year focus to expand access and awareness specifically in the U.S. The company is identifying the disparities of those who need care and want care but are not getting it.

According to Ragans, Israel is the country with the highest percentage of women receiving reproductive care. Even so, only 11% of those eligible for these services in Israel are actually receiving it.

“That is a pretty low number for being the highest,” he says. “We need to continue to focus our energies on developing life- changing medicines and bringing innovation to those core areas inclusive of reproductive and maternal medicine.”