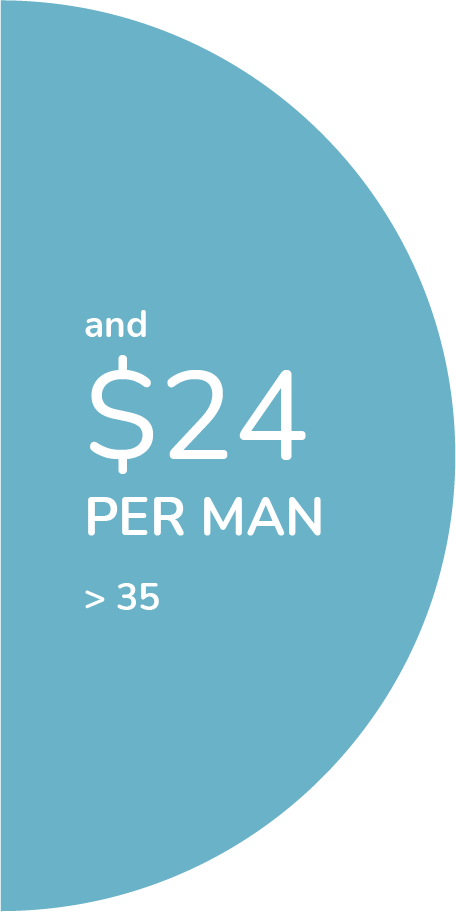 The National Institutes of Health provides about $2.4 billion per year for Alzheimer’s research. Most of us can’t really relate to such a big number.

So, let’s get this conversation going at eye-level, and where we can grasp it in our hands.

For each of the nearly 7 million people in the U.S. who currently have Alzheimer’s, we spend $342.57 per person per year on research to hold it at bay.

Here’s another way of looking at it: For every U.S. adult above 35, we spend about $13.50 per person on Alzheimer’s research.

That might sound reasonable at the outset – but when we dig a little deeper there are huge disparities that need to change.

More than 60% of ADRD caregivers are women. Nearly 19% of women Alzheimer’s caregivers had to quit work because of these responsibilities.

Women make up 52% of the population above 35, not to mention 66% of the nearly 7 million people living with Alzheimer’s. Yet in 2019, just 12% of the Alzheimer’s research budget went to projects specifically focused on women.

The economic costs of this puzzling disparity are real.

The economic costs of this puzzling disparity are real.

What are the impacts of accelerating investment in Alzheimer’s disease and related dementias research focused on women?

ADRD research that focuses on women is more than good science, it’s a good investment. When we add more money, we get more results. Research focused on women brings a 224% return on investment – a higher economic rate of return than general research.

If we double the current Alzheimer’s research budget for women:

Can you imagine wiping out 6,500 years of Alzheimer’s Disease, and adding 16,000 years of improved quality of life to the economy, just by spending $6 on research for women instead of $3?

When we double women’s ADRD research – spending $6 for each woman instead of $3, every $1 invested generates $3.24 in economic and societal value, through reducing healthcare costs and improving health and quality of life – a 124% return on investment.

Can you imagine wiping out 6,500 years of Alzheimer’s Disease, and 16,000 years of its economic impacts?

How about eliminating 3,600 years people spend in nursing homes? Or gaining back 300 productive years of work for caregivers?

Wouldn’t you spend $3.00 to buy those kinds of results?  These results are reachable.  They are attainable.  We can see these benefits for just a small investment.

Doubling NIH funding for women’s ADRD research pays for itself 3x over.

Investing $300 million for women’s ADRD research adds back $930 million to our economy.

Research focused on women brings a 224% return on investment.

Every $1 invested generates $3.24 in economic and societal value.

This small investment adds 16,000 years of quality of life improvements for both men and women.

For every dollar invested, we see a $1.24 direct savings in nursing home care costs. 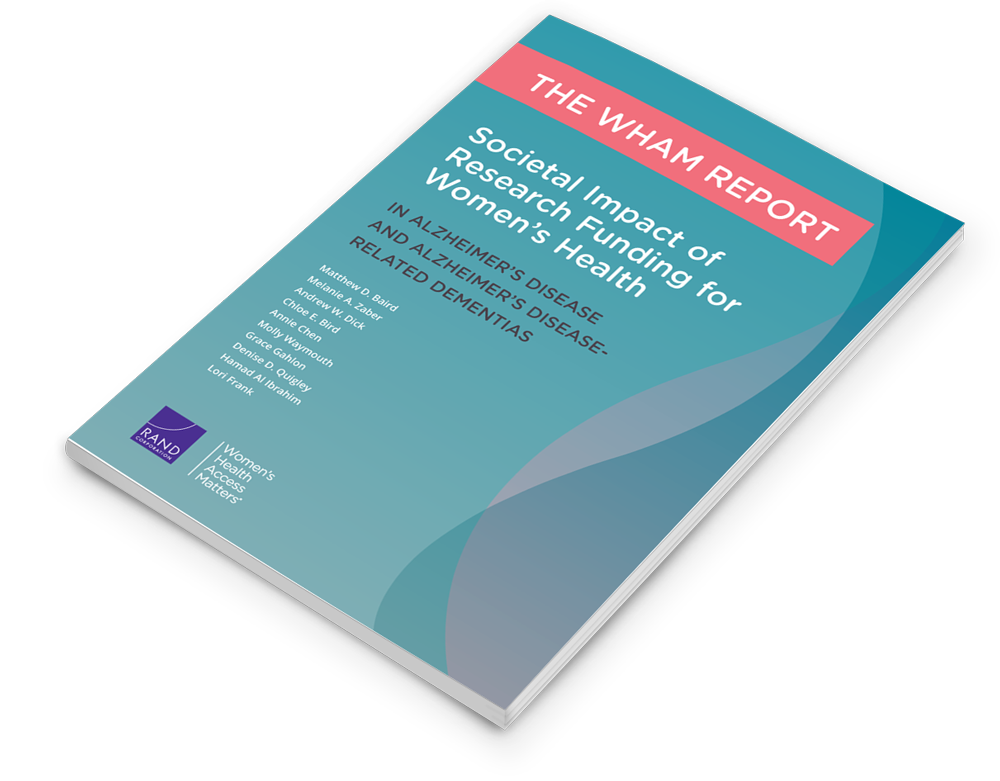