Technology Networks: The Value of Investing in Sex- and Gender-Based Alzheimer’s Disease Research 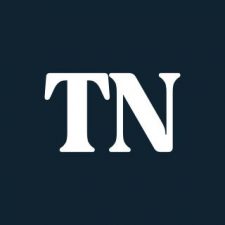 Research is increasingly showing that focusing on sex- and gender-based differences can lead to significant breakthroughs in our understanding and treatment of several diseases, including Alzheimer’s disease (AD). However, despite some improvements in recent years, a considerable gender gap still exists in medical research, with women often remaining underrepresented.

WHAM (Women’s Health Access Matters) recently released The WHAM Report, outlining new research conducted by the RAND Corporation to study the impact of accelerating sex- and gender-based AD, heart and autoimmune research on women, their families and the economy. To learn more about the report, the recently released AD findings and their significance, we spoke to Carolee Lee, founder and CEO of WHAM.

Anna MacDonald (AM): Women make up approximately two thirds of people living with AD. Do we know why women are disproportionally affected? Is there any evidence that there are sex-specific facets of AD beyond the fact that women live longer and would therefore be expected to make up a greater proportion of the AD-affected population?

Carolee Lee (CL): Alzheimer’s presents a highly relevant example of sex and gender research matters. A growing focus on sex- and gender-based differences is revealing substantive, innovative breakthroughs in how we understand Alzheimer’s disease and its separate effects on female and male brains.

Sex differences are evident in the identification of Alzheimer’s on-ramps. For example, research shows that mid-life endocrine aging in females (perimenopause to menopause) is associated with decline in ability of the brain to use glucose as its primary fuel, critical to generating ATP to drive the energy demands of the brain.

Another driver of Alzheimer’s disease in women during the midlife aging transition is elevated inflammation and immune system responses. Functional shifts in both the metabolic and immune systems of the female brain may be prevented by promising, but not proven, estrogen therapy delivered during the early stages of the endocrine aging phase.

Closing the gap on Alzheimer’s research in the female brain and physiology will accelerate interventions and treatments and can inform a precision medicine therapeutic approach.

AM: What factors are responsible for the gender gap in medical research, including research with animals? Are there currently any guidelines for the inclusion of female models/participants in research studies?

CL: The WHAM Report shows for the first time that funding research focused on women is not just good science, it’s a good investment.

Women are 52% of adults over age 35, and 66% of the people living with Alzheimer’s. Women are twice as likely to get Alzheimer’s disease as men. And we know that the disease appears differently and at different times in female brains. Yet, just 12% – $280 million of the $2.4 billion NIH Alzheimer’s research budget went to studying just women. That’s like spending $3 in research on each woman over 35, and $24 on every man.

We know that every cell in the body has a sex, and that two thirds of patients with Alzheimer’s disease are women. Yet, animal studies on neurodegenerative diseases that use only males outnumber those that include females at a rate of 5.5 to 1.

Even though more women are being included in federally funded trials, and that is something to celebrate, many studies don’t report results for men and women separately and women remain highly underrepresented in early stages of drug and device development. The results are that vital questions about women’s health are still not an area of focus.

There has been bias and barriers to including women’s issues and health in research for a long time. While progress has been made since 1993, when the National Institutes of Health (NIH) mandated that women and minorities be included in any government-funded health research, there’s still a long way to go. It wasn’t until as recently as 2016 that the NIH mandated that female mice also be used in animal research funded by the U.S. government. Drug companies and medical device manufacturers are not required to comply with the 1993 rule, so women remain underrepresented in their studies. And, the overwhelming majority of animal research is still conducted on male cells.

AM: How important is gender-based research for precision medicine?

CL: Gender-based research is essential to precision medicine. The future of medicine is in tailored treatments that will address individuals and not a mathematical average in a spreadsheet. Precision medicine starts with sex.

AM: What are the impacts of accelerating investment in Alzheimer’s disease and related dementias research focused on women? Why is data such as the WHAM report critical for investment in women’s health research?

CL: The WHAM Report, conducted by the RAND Corporation, shows us that increasing funding for women’s health research, even by small amounts, produces big returns – for women, families, businesses, and our economy. These small investments will drive billions of dollars to the economy through greater quality of life, workforce and economic gains and reduced healthcare costs.

Doubling funding for women’s Alzheimer’s disease research pays for itself three times over. A $300 million investment generates $930 million – a 224% return. For every $1.00 invested, we get back $2.00 in quality-of-life improvements and $1.24 in healthcare cost savings. We also:

The WHAM Report finds a return on investment for research focused on women across our initial disease areas – coronary artery disease, rheumatoid arthritis and Alzheimer’s disease. Until now, to the best of our knowledge, no one has evaluated the economic consequences of the status quo, the costs we incur and the benefits we leave on the table when women are underrepresented in research.

Building this economic case helps build the case for change and encourages broad increases in funding for research focused on women.

PrevOlderHealthyWomen: It’s Long Past Time to Invest in Women’s Health
NewerCarolee Lee at the National Summit on the Health of WomenNext
Scroll to Top